Whoops! I fell off the wagon again. Sorry it’s so late but it’s been a hectic month already. Halloween, our son turned 14 on the first, he had a sleepover on the second to the third, after which we did a crap ton of shopping, and spent yesterday with family!

So, with all of that, how was October?

Nothing! It’s going to be some time before I’m ready to submit again. I knew I was going to have a lot of work to do but oh, boy! This is going to be a grueling winter.

THE GODWING WAGER (formerly STORMWING. Formerly, formerly TDB) – No further development on this one and it’s fallen out of my thoughts. My brain is consumed. There is no room for another project right now.

GUILD OF TEARS BLOG SERIES – Actually, there has been a small development on this but unfortunately, I can’t share details. I can tell you that after I finish revising my current WIP I am going to be hitting this one hard! Very excited to get back to it!

Skin and Scale (Sequel to A PRELUDE OF DRAGONS) – I finished the rough draft of this a few weeks ago but I have to admit, I cheated a little. I finished with a lot of placeholders. This is going to need A LOT of work. I did a full update when I finished it, you can read that here. And FYI, the title of this will change but I’m not going to change how I reference it just yet. I will when I start revising it and start talking about it more.

A PRELUDE OF DRAGONS (formerly FROM STARS, COME DRAGONS) – This also got its own update in October which you can read here. In that post, I go into detail about why I changed the name and why this book will be the death of me. But since that update even more has happened. Like getting blocked twice and moving key scenes around and ending up with a new first chapter from a different POV.

I love this book. I’m not giving up on it and I think the revisions are improving it! But the process is going so slow it’s killing me! I have so many things I want to do with the series and I can’t write fast enough to do all the things!

For fun, here’s one of my favorite dialogue exchanges since adding a POV. (BTW, I didn’t tag this because all character names are going to change but I’m not going to change them until this revision is done. This is a back and forth between two female characters.)

Revisions have consumed me! I only read one book in October but it was an indie debut, and my first romantic suspense and loved it! I also beta read for Bree @ Perpetual Fangirl and wow! Both of these books gave me severe hangovers anyway. Not surprised I didn’t pick anything else up. 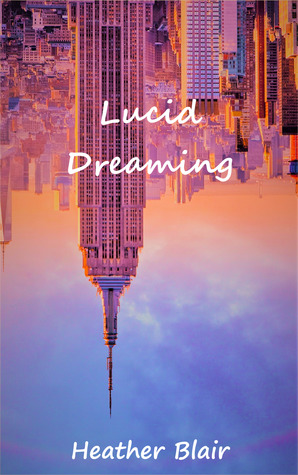 I was not prepared for the emotional rollercoaster when I started reading this. I mostly read fantasy, so I was a little concerned I’d struggle to enjoy it, being so far removed from my norm. But I was pleasantly surprised! I adored the characters and their journeys so much. Highly recommend you pick this up!

Bree’s book, Bring Me Home, will be released first of January! Mark it on your calendar and your Goodreads!

This week on �#huthanthologythursday�, we get a quick teaser from Midnight Kiss by @gemmasmithwrites
Aaaaaaaabs 😂😘
Gwen has a rather large collection of lingerie. It plays a small part in the book but there’s a bonus scene linked at the end of the book where Gwen puts it to good use 😘🔥🔥🔥🔥 You’re not going to want to miss it!!
#tattootuesday More and more of my heroes are ending up with tattoos 🤣 #sorrynotsorry
#tuesdaytunes #whatareyoulisteningto I had All This Time (Pick-Me-Up Song) on the top of my list while I finished revising Love on Oliver and Main 😍
Secret #characterinspiration 😘 My brain is overflowing right now. There are stories I need to finish but my brain keeps screaming at me to write a hundred other stories and as a result, nothing gets written 😅😭 At least I got some other business done that I’ve been putting off. 🤣😬
Loading Comments...
%d bloggers like this:
%d bloggers like this: